Daniel was due to graduate from Brighton Academy next summer, having already completed two intensive years of professional training. Insteads he now finds himself facing a new challenge - a gruelling nine-month course of treatment to conquer a formidable disease.

A room at a Teenage Cancer Trust unit

Such is Daniel's gratitude that he sees it as his good fortune he was able to be admitted to the Southampton Teenage Cancer unit. Because the sad news is that there simply are not currently enough places for everyone who requires one to benefit. Daniel tells us that around 400 teenagers a year are diagnosed. Currently in the South-East, the nearest units are in either Southampton or London, leaving a gaping whole throughout Kent and Sussex. It means that families and visitors might face journeys of several hours to travel to and from the units on a daily basis, and for those patients given day-release the same applies.

night of entertainment in Brighton in aid of Teenage Cancer Trust

West End On-Sea are raising money for this fantastic cause by hosting one of our famous Follow Spot evenings in Brighton on Sunday June 21st. We will be donating the profits to the Teenage Cancer Trust.

A night at The Follow Spot is always an opportunity to get a slice of West-End quality entertainment without the expense! Tickets are just £15, and as well as including performances from some of Brighton’s best performers we have the jewel in the crown of the West End, Anna-Jane Casey to headline the night. Anna-Jane's long list of credits include leading roles in Billy Elliot, Chicago, Forbidden Broadway. She has headlined at the BBC Proms with The John Wilson Orchestra, and duetted with Family Guy creator, Seth MacFarlane. It's a rare chance to catch Casey up close: next up on her schedule is playing Lottie in Mack & Mabel at Chichester this season, opposite Michael Ball.

If you're looking to really push the boat out, then Proud Cabaret have prepared a sumptuous two-course menu for the evening, which is available from 6.30pm at a cost of just £20.

Further fundraising activities will happen on the night too!

Tickets are limited by size of the venue and advance booking is strongly advised, so get yours now from www.westendonsea.com 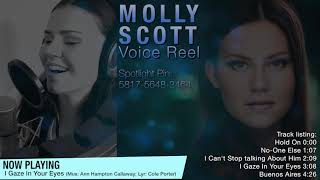 Can't wait to sing with you all in the Spiegeltent soon!